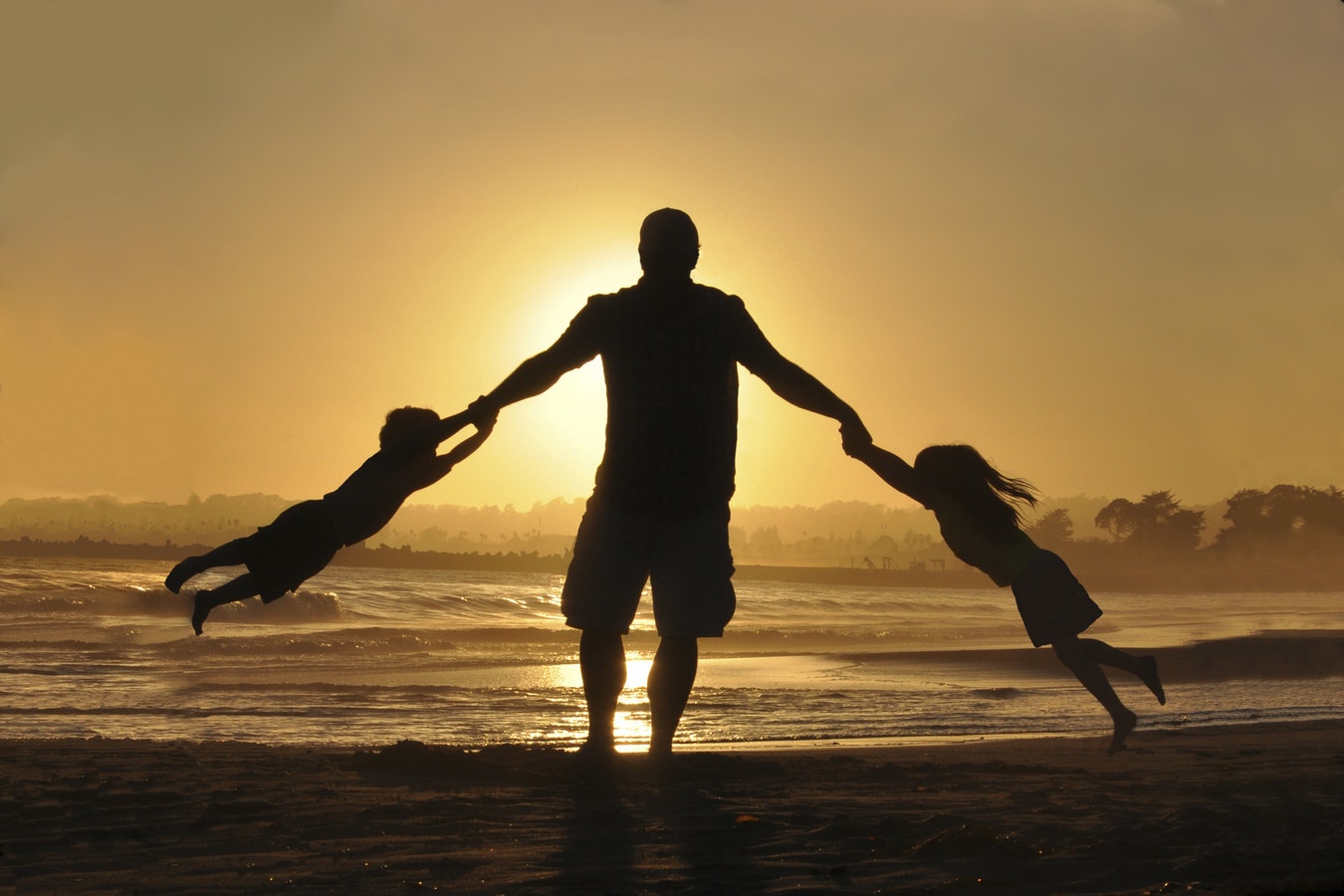 For all of our existence, one common misconception among the general public was that estate planning was only for rich people and “Trust Fund Babies”. However, this notion could not be further away from the truth, especially when considering the recent changes we have seen in family dynamics and financial opportunities.

Families have historically been composed of one male parent, one female parent, and one child (or children). While traditional families are still very much in existence, there are now compositions of family structures of virtually every imaginable scenario. This includes families with children raised by single mothers or single fathers, cohabiting couples with or without children, and people who neither have children nor cohabiting partners. By no means is this an exhaustive list. Therefore, the internal makeup of virtually every household is unique, which in turn requires carefully crafted planning techniques to be implemented for each individual family.

Families that have children who are under the age of legal consent or with special needs should consider particular planning strategies for their children. One critical decision in either instance is choosing the right guardian for the child in the event the parent is incapacitated or dies. If there is more than one parent, the first potential dispute that may come up between the couple is whether the guardian will be with the relative of either parent. This decision may inevitably lead to some tension as one parent might believe that his or her relative is better positioned to raise the child than the other parent’s relative. For children with special needs, one additional consideration is whether the child will lose government benefits if he or she inherits any assets.

When analyzing planning strategies for families with adult children, the issues that are particular to the adult child and the issues that are particular to the parent are equally important to consider. From the parent’s standpoint, one problem to anticipate is elder abuse. If a person becomes physically or mentally incapacitated due to old age, it is common in such instances for him to be taken advantage of from people both outside and inside of his family.

Another major consideration from the parent’s standpoint is whether he is adequately prepared to deal with the various problems that may inevitably arise with old age. For example, whether he has determined in advance the degree of assistance he will need from caretakers and medical practitioners if he ends up with a certain disease or disability. Another issue to consider is what type of government benefits he may receive and whether such benefits are going to cause him to lose his personal assets in order to hold on to the benefits. Yet another consideration is whether some planning strategies can be implemented to transfer those assets to the next generation or protect those assets by various planning tools.

From the adult child’s standpoint, there are also many issues to be resolved in advance including to what extent she is going to be involved in her parent’s daily activities; whether her parent will live with her or in a retirement home. Another consideration is whether the child also has children of her own and how the existence of her own children might have an impact on the level of financial and emotional commitment the adult child may have for her aging parent.

The story of Humphrey and Whitney as depicted below demonstrates the potential chain of events that may be set in motion after one of the spouses dies. In order to follow the story more effectively, it is worthwhile to provide some background facts. In this hypothetical, Humphrey was married and had children prior to his marriage with Whitney. Later, Humphrey died and Whitney remarried.

Humphrey and Whitney had three children. Humphrey also had two children from his prior marriage. Humphrey and Whitney met with an estate planning attorney who asked Humphrey how much control he wanted Whitney to have over his assets in the event that he died before Whitney. The attorney also asked whether it was important for Humphrey to provide financial security for his two children from his prior marriage once he was dead.

Humphrey died five years after implementing his estate plan. After three years from his death, Whitney remarried and had one child with her new husband. Prior to his death, Humphrey instructed his attorney to put provisions in his trust instrument that would effectively provide for all five of his children from his estate after his death. Humphrey was concerned that if he died before Whitney and Whitney remarried or incurred debt, some or all of his assets might have fallen into the hands of Whitney’s future spouse or they would have been exposed to creditors, bankruptcies, or lawsuits.

Humphrey was also concerned that all five of his children were too young to manage his assets, which were worth a considerable amount. He was afraid that some of his children might turn to substance abuse or become accustomed to other potentially harmful lifestyles due to having access to large sums of money. Hence, he enacted provisions in the trust to ensure that his children were provided for throughout their lives and that the trust was managed by a trustee who had the competency to grow the trust assets and preserve them not only for his children, but for any of his grandchildren that might be born in the future. He also included a provision in the trust which allowed his children to manage the trust assets along with the trustee after reaching a certain age and specific level of sophistication.

In some instances, couples who cohabitate have no intention of ever getting married. There may be several reasons for such an approach. For example, one of the partners may be wealthy and is afraid of losing a portion of his wealth if the marriage is ultimately unsuccessful. Another example is that the marriage may not be beneficial from a financial standpoint such as tax efficiency.

For couples who do not qualify for the domestic partnership treatment, a cohabitation agreement should be considered especially if one of the partners is regularly paying for items that benefits both partners (e.g., mortgage payments). These agreements set expectations regarding the rights and obligations of each party. Cohabitation agreements are also a better source for conflict resolution in the event the couple has a dispute, falling out, or if one of the partners dies.

Even though most cohabiting couples remain as such or end up single, a significant portion of cohabiting partners eventually end up marrying each other. If a marriage is contemplated, the predominant considerations prior to marriage should include prenuptial agreements. As opposed to postnuptial agreements that are executed after the marriage has gone into effect, a prenuptial agreement is a contract that is executed before marriage. This agreement determines how the assets will be divided in the event of a legal separation or divorce.

A prenuptial agreement has historically been frowned upon by the public. Society and our general thought process lead us to believe that if a prenuptial agreement is formed, then we are intending to lose the war before we ever set foot on the battlefield. In other words, we are contemplating a divorce before the marriage even begins. However, this notion is arguably misleading and it is not in accordance with the modern way of life.

There are many reasons for which a prenuptial agreement should be considered. As of 2018, the divorce rate in the United States is as much as 50 percent (depending on the demographic group). Even though some newlyweds have beautiful love stories, the life span of the marriage of such newlyweds is arguably still a toss-up. Therefore, it would be wise to have a plan in place prior to the marriage that will delineate how the married couple’s assets will be distributed in the event of a divorce, as opposed to leaving such decisions in the hands of the courts.

In addition to prenuptial agreements, formalities must be followed to ensure that any property that is designated as separate property prior to the marriage is not only titled as such, but also to ensure that such property is not commingled with any of the assets of the community. This is especially important for couples residing in California, since California presumes that any property acquired after the formation of the marriage is community property.

In a community property state such as California, all assets and liabilities that have been acquired or incurred during the duration of the marriage are generally equally apportioned to each spouse. This standard invites creditors and predators of either spouse to potentially access the assets of the spouse who has not committed any wrongdoing. If there are also children involved, then there may be little financial protection for the non-debtor spouse and his children.

In the last decade, the amount of people who remain married has been steadily descending to the 50 percent zone. In other words, almost half of the population of the United States is either divorced, widowed, or has never been married. However, this does not mean that those who are not married are necessarily single. Many of them are either cohabitating, dating or in serious relationships. People who fall in these categories should also entertain the possibility of executing prenuptial agreements if a marriage is contemplated.

There are arguably many benefits to being married, including physical, emotional, and financial support. From a financial standpoint, the household itself generally ends up having more money than a single person would on her own. In addition, people who file taxes as married couples generally pay taxes at lower rates than single filers, cohabiting couples, or married couples who file separate tax returns.

For everyone, probably more so for single people, the primary concerns for the long-term are who will take care of them once they reach an age or condition where they can no longer care for themselves; who will make health care and financial decisions on their behalf when they can no longer make those decisions for themselves; and who will inherit what they leave behind. It follows that estate planning is as equally important for decisions that are made during a course of a person’s life as well as the legacy the person will leave behind upon death.

Important Note: The story of Humphrey and Whitney is a work of fiction and the product of the author’s imagination. Any resemblance to actual persons, living or dead, or actual events is purely coincidental. Chilingaryan Law or its affiliates are not rendering legal, financial, or tax advice by providing the content above. No attorney-client relationship is formed based on the information provided above. The above content is designated only for educational use. Accordingly, Chilingaryan Law assumes no liability whatsoever in reliance on its use. Additionally, certain changes in law may affect the legality of the information provided above and certain circumstances of the reader may vary the applicability of the above content to his or her situation. 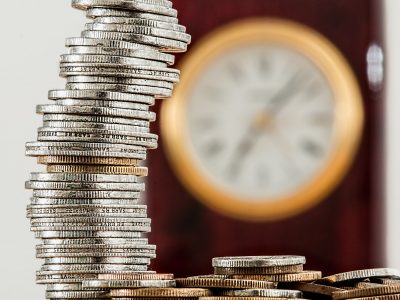 Estate Planning In A Nutshell 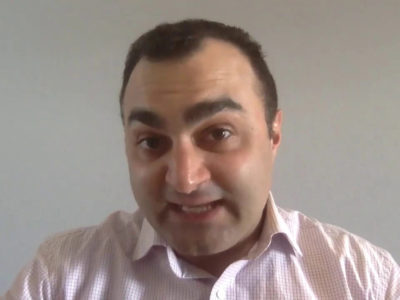 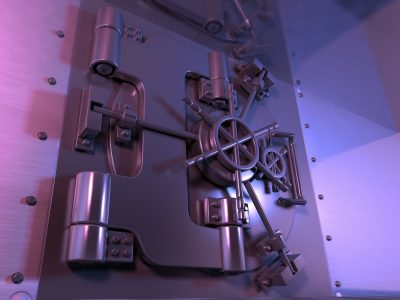 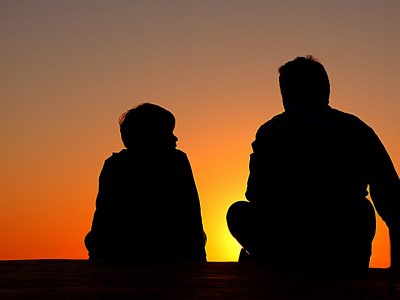 Read More
Is Estate Planning Only For Rich People?Previous Post
No Estate Plan Is The Same: Part 2 - FinancesNext Post